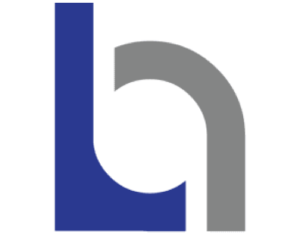 The Central Florida commercial real estate market continues to stand strong across multiple CRE sectors. Despite the current pandemic, recent environmental challenges, and all else that has arisen over the past year and a half, new, major developments took place and many property refinances were sealed in several locations in Central Tampa, Central Florida, and across the state as a whole.

Meanwhile, domestic and international investors contributed to the market, and overall the financial data in Florida’s CRE remains positive.

View our commercial properties in Tampa, Florida to see what real estate assets are available for lease / sale.

We’ve compiled some of the commercial real estate news highlights and attention-grabbing headlines around Tampa in order to shine a light on the current state of the Central Florida real estate market.

Tampa, FL’s real estate updates in Q4 2022 include: Tampa ranked #1 by Forbes for best places to live in Florida, biggest CRE / business news in the area, and a few major CRE transactions.

Tampa Ranked #1 Best Places to Live in Florida by Forbes

Forbes put together a list of the top 10 places to live in Florida, and Tampa topped the list. Check out the full list and their reasons. Read More

A compilation of the most-read commercial real estate and business-related stories published by BizJournals.com for the Tampa region. Read More

Bounat announced the closing of an off-market CRE property located in Lakeland, FL. In addition to the sale of the property, the Polk Parkway Industrial Center reached 100% occupancy within a record 45 days from acquisition. Read More

The President of the Realtor Association of Sarasota and Manatee sees that commercial real estate is still a “good buy” in the region. Read More

BisNow covered the aftermath of Hurricane Ian, and discussed the future of Florida commercial real estate. Many CRE experts believe that despite the threat of storms in the area, the real estate market will not see a reversal, nor will the trend of immigration to The Sunshine State. Read More

The New York CRE company has already added over 45K square feet of space to their portfolio around the state. Read More

One of the properties is pending final paperwork, while the other is completed. Read More

Besides billions in property damage and an uncertain death toll, Hurricane Ian has also dealt at least a temporary blow to the U.S. supply chain, with major ports in Florida and elsewhere in the Southeast damaged or shut down as a precaution. Read More

Colliers launched a project management arm to help condo associations navigate Florida’s new law. But some associations, they say, may not be able to come up with new reserves requirements. That could open up prime redevelopment sites, particularly in coastal areas. Read More

According to CBRE research, the 43-year average age of existing U.S. warehouse inventory–nearly 28% or 3.4 billion sq. ft. of which is more than 50 years old and at risk of functional obsolescence–justifies the nation’s record 627 million sq. ft. of new warehouse space currently under construction. Nevertheless, this older, largely urban-infill inventory is more than 95% occupied, mainly by local or regional logistics operators that highly value proximity to customers and labor more than functionality. Read More

A $10 drop in the median rent from July to August was enough to break a months-long trend in rising apartment rents in the 50 largest metros in the U.S. Median rents dropped for the first time in nearly a year in August, according to Realtor.com data, to $1,771 a month. Read More

Hurricane Ian Could Be Second Costliest Storm In History

US housing markets are slowing but is Florida the exception?

After two years of near-nonstop growth, housing prices may have finally peaked in some U.S. cities, according to data from Florida Atlantic University. Still, experts predict that Florida’s real estate market will remain strong compared to other parts of the country. Tampa was ranked the ninth-most-overpriced housing market in the country. Read More

Riverview apartments off I-75 sell for nearly $100 million

The Enclave at Tranquility Lake, a 348-unit property at 9707 Tranquility Lake Circle north of Bloomingdale Avenue, sold in September for $98 million to Philadelphia real estate investment firm IRT Living – more than double the $48.8 million the seller, a Boulder, Colo.-based limited liability corporation, paid for it in 2016. Read More

According to global property consultant CBRE, there is a “flight to quality” playing out across 12 major U.S. markets as office-using companies adapt their workplaces for hybrid work. Read More

According to the Associated Builders and Contractors trade association’s analysis of data published by the U.S. Census Bureau, national nonresidential construction spending was down by 0.5% in Summer 2022. On a seasonally adjusted annualized basis, nonresidential spending totaled $829.4 billion for the month of June. Read More

Plans for the property include more than 600 residential units as well as restaurant and retail space. Read More

How Covid-19 changed the dynamics for small businesses in Florida

More businesses are forgoing physical footprints as they shift the focus to digital alternatives. Here’s a look at other ways small businesses are evolving in the Covid-19 era. Read More

Spanish fashion retailer Mango plans to open 30 stores in the U.S. within the next three years, bringing its total to 40 by the end of 2024. The fashion giant laid out a three-phase plan for expansion into the U.S in an announcement in May, with the first stage including the opening of its flagship store, located at 711 Fifth Ave. in New York City. Read More

Apartments in Midtown Tampa have sold in record-shattering deal

The sale of Novel Midtown has smashed the record set by Manor Riverwalk in late 2021. Read More

Warehouses keep getting bigger – Here’s where the largest US industrial projects are set to deliver in 2022.

Big-box warehouses continue to grow as e-commerce groups, third-party logistics firms and others are on the hunt for the largest distribution and manufacturing facilities they can find or build. Read More

One of Tampa Bay’s biggest public companies has sold more than 93 acres of land in St. Petersburg’s Gateway district for $32 million, clearing the way for a major industrial and residential development. Developers are planning 1 million square feet of industrial space and 500 residences, a fifth of which would be workforce housing. Read More

Industrial construction starts have been climbing in Tampa on the heels of strong demand and record low vacancies. More than 9 million SF of new starts have been recorded since the start of 2021, including roughly 2.8 million SF in 22Q1 alone. Read More

Commercial Real Estate Investment in U.S. to Increase 10 Percent in 2022

A recent survey found that the industrial sector, driven by super-charged e-commerce and rent growth amid the pandemic, saw the most cap rate compression in 2021, regardless of asset class or risk profile. Read More

The vacancy rate on commercial real estate property in Tampa is hovering around 13%-14%, due in part to companies downsizing their physical office spaces, or not returning to office spaces as the economy recovers from the COVID-19 pandemic. Read More

According to CBRE, last year was a record year for large warehouse leases, driven by a rebounding economy and strong e-commerce sales. Companies committed to 57 warehouse leases of 1-million-sq.-ft. or larger across the U.S. in 2021, a 19% increase from the previous year. Read More

Scannell has sold a 236,976-square-foot distribution center in St. Petersburg, Florida, for $94.5 million. FedEx Ground has been the property’s single tenant since its completion in 2017. Read more

Altis Cardinal closed the city’s largest land purchase in decades, a $40 million deal on an office park in St. Petersburg’s Skyway Marina District. The property is set to be developed into a mixed-use project including commercial, multi-family and retail space. Read more

Driven by demand courtesy of a surge of new residents from out of state seeking a cheaper cost of living, warmer climate and fewer pandemic restrictions, as well as a  supply of rental units that has not caught up with the nation’s housing shortage, rents in Tampa Bay made up the highest spike in the country. Read more

Old West Tampa building to be restored as coworking space

Thanks to an Ohio-based coworking company, a 117 year old West Tampa building will soon be getting a makeover. Read more

With the acquisition of Heights Union, a 294,000-square-foot office property in downtown Tampa, Cousins Properties adds to its portfolio, and pays $144.8 million for the Class A asset. Read more

Here are 8 questions all prospective buyers of commercial real estate in Florida should ask before taking the plunge. Read more

Dynasty Financial, which moved their headquarters from NYC to St. Pete in 2019, offered $6.25 million for the lot on Second Avenue, which has been proposed for mixed-use development including workforce housing and Class A office space. Read more

A $3.5 billion development project in Tampa by Bill Gates and Jeff Vinik is leading the way for the transformation of Tampa. It is starting to attract new tech companies and other successes in the area are bringing an evolving dynamic to the city similar to that of Austin, Texas. Read More

The developers behind The Nolen, a 23-story residential tower planned for 146 4th Avenue Northeast in downtown St. Pete, have revealed additional information about the $28 million project as it moves closer to reality. Read More

With growing inventory and big tenants like Pfizer moving into the area, real estate analysts say Tampa Bay is outperforming other markets. About 900,000 square feet of new commercial space hit Tampa Bay in 2021 which has kept the market’s vacancy rate fairly high. Yet demand has remained strong enough that, from April to June, Tampa Bay still saw positive absorption for the first time since the summer of 2020.  Read More

The first trophy office tower to be built in downtown Tampa in nearly 30 years has opened in the $3.5 billion, 56-acre Water Street Tampa mixed-use district with the completion of Thousand & One. Read More

A multifamily property in Boca Raton traded for $230M, marking Florida’s largest multifamily deal in 2021 and the highest ever price per SF for a garden-style product in Florida. Read More

The national news around the collapse of an apartment complex in Miami has led industry experts to look into the older buildings in the area in order to mitigate such a tragic event from occurring again. Read More

Kforce, which sold its Ybor headquarters earlier this year, says it will operate on an “office occasional” basis in its new HQ. Read More

Are you interested in buying, selling, or leasing commercial property in Florida? Contact the Bounat team today to start the conversation.